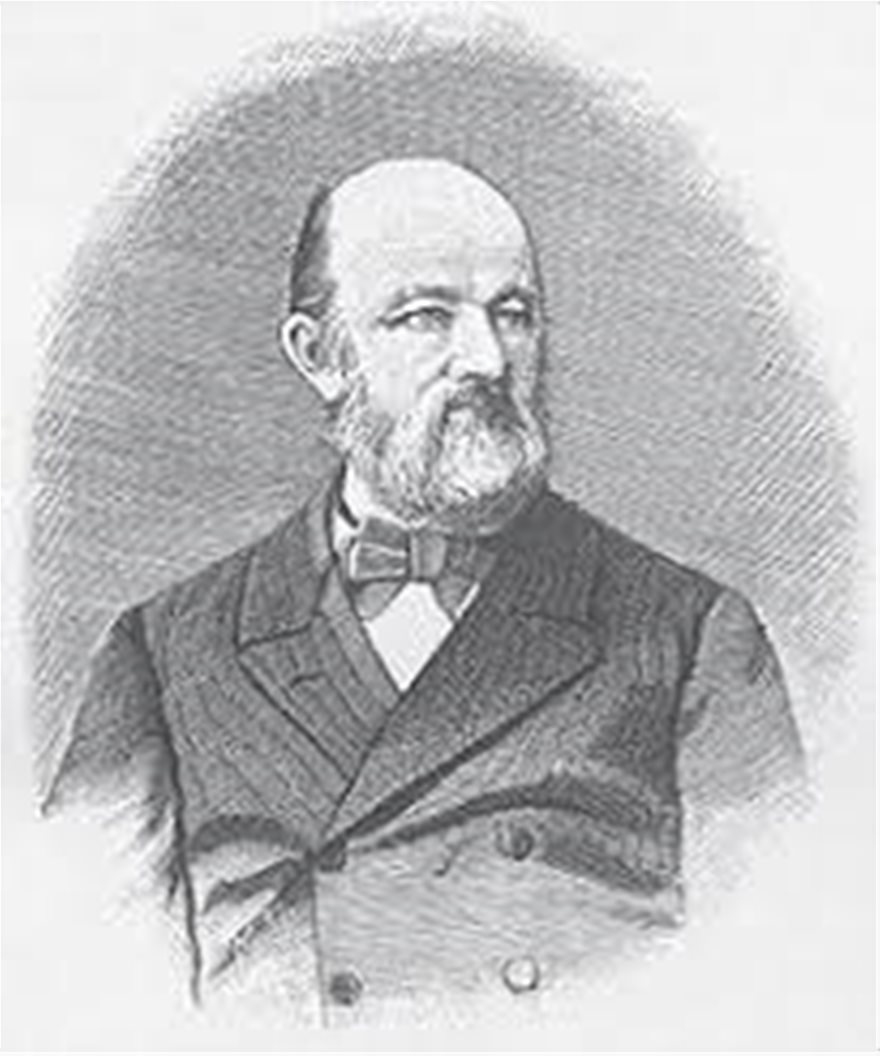 Astronomer and geophysicist; he was the director of the National Observatory in Athens (1858-1884). Born in 1825 in Eutin, Duchy of Holstein, Germany. Already in his early secondary school years, Schmidt’s disposition for the sciences became clear. Among his early readings was the 18th-century astronomer Johann Hieronymus Schröter’s treatise on the phases of the Moon – a turning point for Schmidt’s formation as a scientist. He was introduced to astronomy by the famous German astronomer Christian Karl Ludwig Rümker, first as his student and later as his assistant at the observatory in the Hanseatic city of Hamburg. He then worked with Johann Friedrich Benzenberg at the Düsseldorf Observatory. His long apprenticeship was completed at the Bonn Observatory under Friedrich Wilhelm August Argelander, and he went on to become the director of Eduard von Unkrechtsberg’s private observatory in Olmütz, Moravia, in the Austrian Empire, in 1853.

On 4 December 1858, he succeeded Ioannis Papadakis as director of the National Observatory of Athens. His work there was significant and multifaceted. Schmidt transplanted a substantial amount of German expertise – enough to improve the fledgling kingdom’s performance in the natural sciences. Thanks to his zeal and the generous financial support of the patriotic Baron Simon Sinas, Schmidt was successful, during his 25 years of service at the National Observatory of Athens, in modernising the observatory equipment, while at the same time taking initiatives for the maintenance of existing instruments. During his tenure, the observatory library was enriched, and the Δημοσιεύσεις του Αστεροσκοπείου Αθηνών (Observatory of Athens bulletin) was launched. Moreover, Schmidt strengthened the meteorology department. Touring Attica, he recorded his meteorological observations and measurements, which he published in his two-volume Beiträge zur physikalischen Geographie von Griechenland (1864); he had an ongoing collaboration with the Paris Observatory, to which he sent meteorological data tables to be processed. He also had a strong interest in seismology. He organised a team of volunteers which recorded upwards of 3,000 earthquakes; in 1867, his treatise on the Cephalonia earthquake of the same year was translated and published. Other observations were published in Studien über Erdbeben in 1875. He observed the Santorini volcano for several years after its eruption in 1866. His findings from observing the activity of this volcano and three more (Vesuvius, Etna, Stromboli) were published in 1874. Pursuing his other interests, Schmidt participated in geographical expeditions and archaeological excavations to locate ancient Troy. However, his most important contribution is to the topography of the Moon. His findings were published in Charte der Gebirge des Mondes nach eigenen Beobachtungen in den Jahren 1840-1874, funded by the Prussian Ministry of Education in Berlin in 1878. In its 25 chapters, the morphology of the lunar surface is captured as accurately as possible.